The Java programming language, bolstered by the adoption of Android-based smartphones and tablets in the market, has regained the crown as the top language in the Tiobe Programming Community Index put together by programming tool maker Tiobe Software. 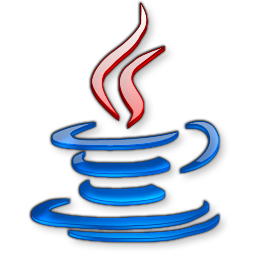 The index is based on a number of different factors, including the availability of courses and training, the popularity of searches in Google, Bing, Yahoo, Amazon, YouTube, and Baidu search engines, and the number of engineers with specific programming skills based on their employment and job searches. The Tiobe Index has been around for more than a decade, and it is as much for fun as it is for information.
Java was the number one language in the Tiobe Index for February, with a rating of 18.4 percent, up 1.34 points over the past year. C was second with a 17.1 percent rating and climbing 56/100ths of a point, followed by Objective C, with a 9.8 percent rating but climbing 2.74 points. (Objective C is the variant of C that is used on Apple iOS.) Objective C has jumped two spots, passing by C++, the new-and-improved, object-oriented version of C that stopped short of becoming Java, and C#, which is Microsoft's Java-C mashup for its Common Language Runtime that was supposed to be enough like a JVM to make everyone happy except Sun Microsystems (now Oracle) and IBM. Python, Ruby, VisualBasic.NET, Pascal, Bash, Matlab, and Assembly are all climbing among the top 20 programming languages in the February ranking.
Venerable COBOL has a rating of 0.514 percent among the top 50 languages and ranked just behind the SAS statistical programming language and just ahead of Fortran (used in supercomputers) and the R open source statistical language. Good ole Report Program Generator for IBM i and OS/400 ranked number 38 on the February 2013 list, with a rating of 0.247 percent. It jumps around a lot, sometimes kissing 1 percent. This time around, it is behind Smalltalk and ahead of OpenCL.

My guess is that there are around 15 million or so programmers in the world--meaning people who get paychecks for their work--so if you apply the Tiobe numbers to this figure, you won't get anything that makes sense. It is commonly believed that there are around 10 million Java programmers in the world, and if you multiplied the Tiobe index against the raw population, you would bet something on the order of 2.7 million Java programmers. Like I said, this is more for fun than fact.

As for RPG, if there are 150,000 customers worldwide as IBM has told us, and the average shop has between two and three programmers (with the so-called CIO being a programmer with system administration and budget responsibilities), then there should be maybe on the order of 300,000 to 450,000 RPG programmers in the world (okay, so maybe 5 percent to 10 percent of them are actually COBOL programmers on the IBM i platform. If you use the Tiobe numbers percent against the raw number of 0.247 percent for RPG, you get a number that is an order of magnitude lower than this. Again, this was meant to be fun.